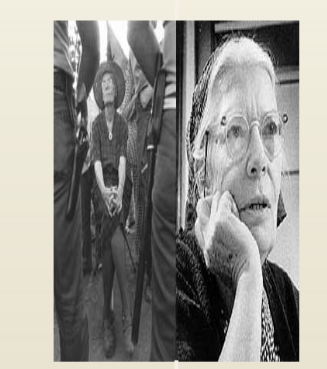 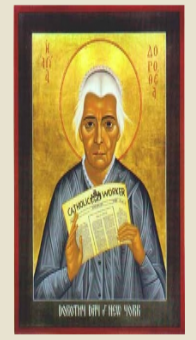 Along with the personalist philosopher Peter Maurin, she founded the Catholic Worker Movement in 1933. Living the Catholic notion of holy poverty and practicing works of
‘mercy, the two started soup kitchens, self-sustaining farm communities, and a daily newspaper.

The Catholic Worker Movement continues to focus on justice and hospitality for the poor on the margins of society, and expresses pacifism and nonviolence.

It is based on the philosophy of personalism, which holds that the human person must always be regarded first and foremost as a person, and which respects human rights and
freedom.

‘Day was also an advocate for distributism, an economic system proposed as a third way between capitalism and communism. Distributism was developed in large part by the English Catholic writer G. K. Chesterton,
and seeks widespread property ownership. Distributism is inspired particularly by the social encyclical “Rerum novarum” of Pope Leo XIII. The movement holds that a just social order is better achieved when property
and capital are owned by many people rather than by the state or by a few ultra-wealthy individuals.

Poverty, performing works of mercy, solidarity with the poor, and faithfulness of scripture were the marks of Day's life.

“Because I sincerely loved His poor, He taught me to know Him. And when I think of the little I ever did, I am filled with hope and love for all those others devoted to the cause of social justice,” Day wrote of her experiences in her 1940 work “From Union Square to Rome.” 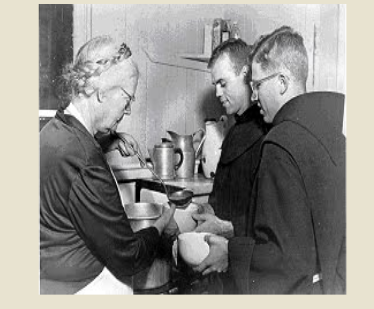 God our Creator, Your servant Dorothy Day exemplified the
Catholic faith by her conversion, life of prayer and voluntary poverty,
works of mercy, and witness to the justice and peace of the Gospel.

May her life inspire people to turn to Christ as their savior and guide,
to see his face in the world’s poor and to raise their voices for the justice
of God’s kingdom.

We pray that you grant the favors we ask through her intercession so that her goodness
and holiness may be more widely recognized and one day the Church may
proclaim her Saint. We ask this through Christ our Lord.
Amen.